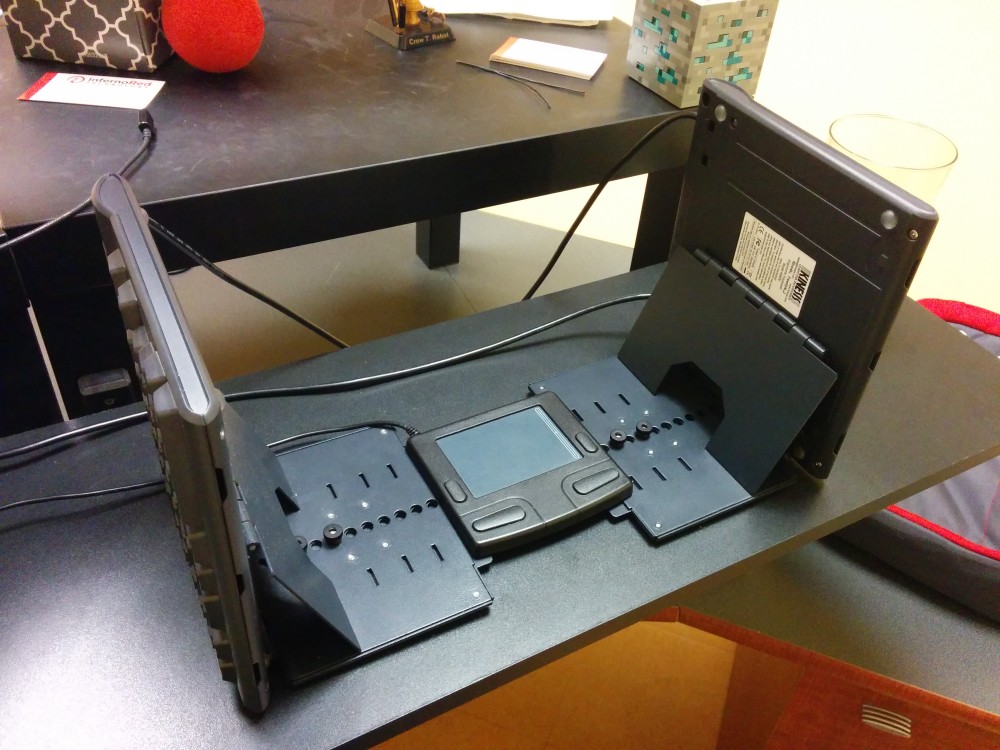 I’ve suffered from RSI since 2003 and have used a variety of keyboards over the years to varying results. I was originally diagnosed with tendonitis in both wrists. Over the next five years my symptoms moved all the way up my arms into my shoulders. Your nerves branch at the shoulder down your arm and your ribcage. On bad days, my nerves were so inflamed I could scratch my elbow and it felt like somebody was touching my side.

I’ve since gotten more than 90% better through drastic diet changes, but until I reached that point I tried a lot of keyboards. If you have suffered from RSI or just like trying out weird keyboards, read on. 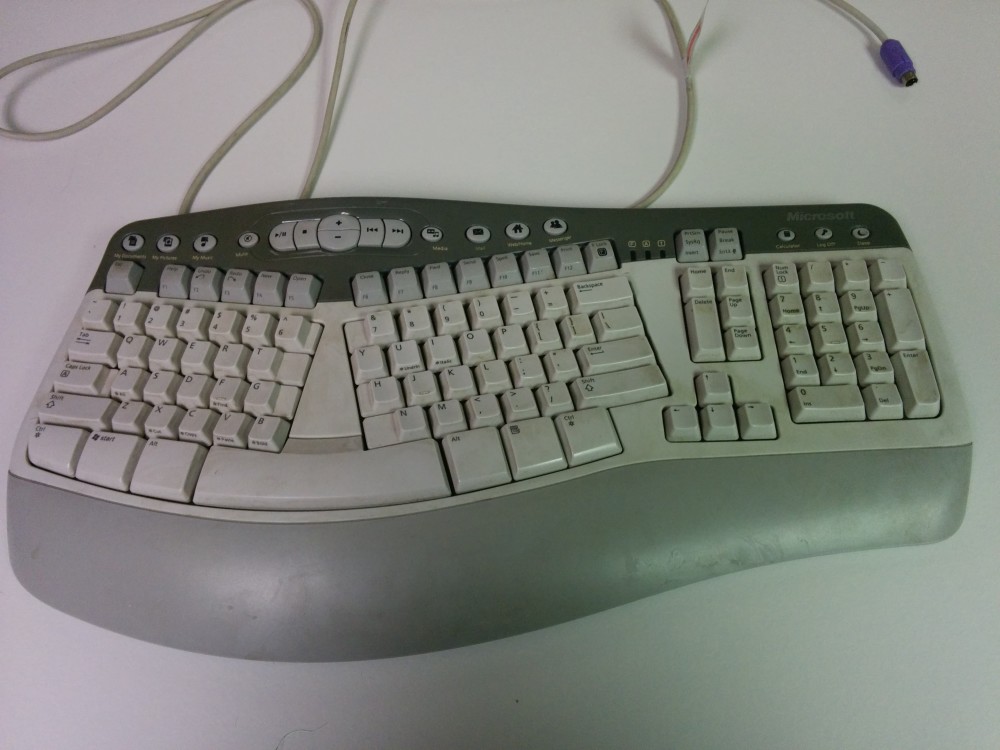 Let’s be clear, the Microsoft Natural MultiMedia is trash if you are suffering from serious RSI, but it (or something similar) is what many people start with. It’s about the only “ergonomic” option you can find in brick-and-mortar stores. I got one in college (sometime in the 2004-2005 range) and had good results initially. That is a pattern with many ergonomic devices. It isn’t so much that the device is ergonomic; it’s that you are exercising different tendons/ligaments/muscles around the strain. Different angles and positions stress different ligaments and tendons, so your injuries get some much needed relief. Unfortunately, for many people the underlying cause isn’t being treated and they eventually develop similar problems with the new keyboard. 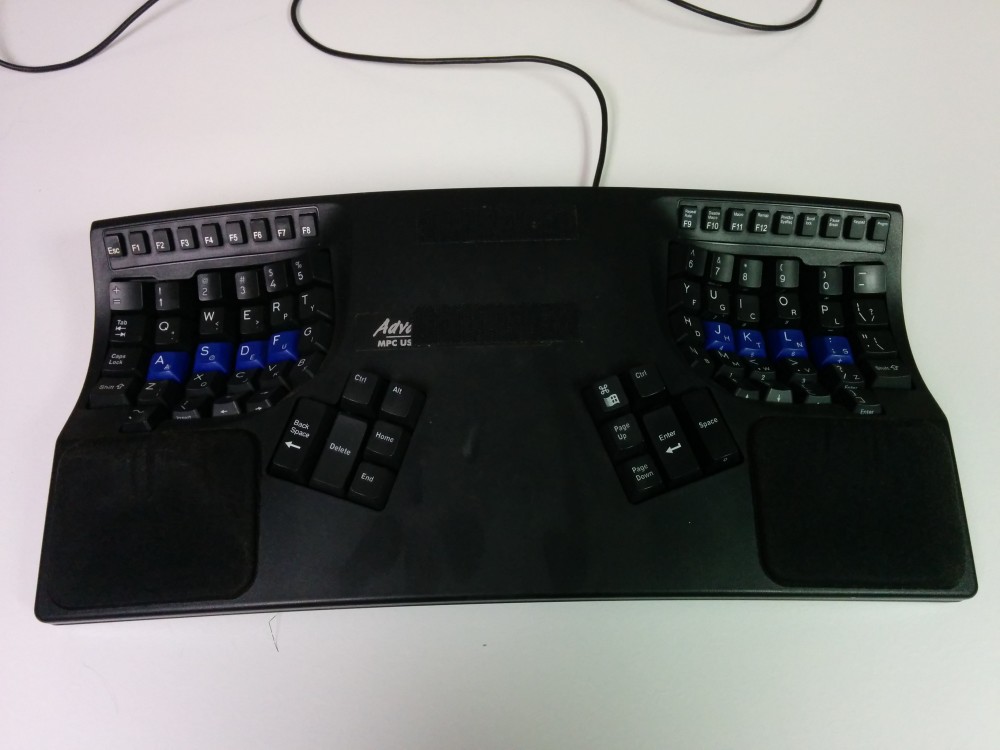 I graduated from college in 2007 and my RSI quickly got worse with a 40 hour work week. The Microsoft Natural MultiMedia just wasn’t cutting it anymore, so I swallowed hard and spent $260 on a Kinesis Advantage Pro.

The transition was rough and I was worried I had made a terrible mistake. I remember huddling over my desk in more extreme pain than ever after only a couple days of use. I stuck it out though and, after an adjustment period (and a lot of ice), it served me well for years.

The layout of the Advantage Pro is amazing. Your thumbs are amazing appendages, but the standard keyboard layout wastes them by only using them for the space bar. The Advantage Pro moves a bunch of commonly used keys to two keypads in the center of the keyboard. This lets you use your thumbs for Backspace, Delete, Super, Alt, Home, End, Page Up, Page Down, and Space. The key wells are spaced far enough apart that your arms can stay naturally at your sides and the keys are stacked vertically instead of staggered. This required some adjustment, but was amazing once I got used to it. The keys are Cherry MX low-force, tactile switches, which feel amazing and helped with the impact of bottoming out. You can also remap keys (useful for programmers who make regular use of symbol keys that are seldom used by the general population), setup macros (something I never got in the habit of using), and there is an optional foot switch that is commonly used for modifier keys (never tried it).

At some point (maybe in 2008?) I switched to Dvorak. I’m not sure if this really made any difference, but it was fun. I switched back and forth between QWERTY and Dvorak for a couple of days before fully committing because I was having problems learning by going back and forth. I kept with Dvorak for a couple of years before switching back to QWERTY because I was tired of not being able to type on any other keyboard.

I used the Kinesis Advantage Pro until sometime in 2011 when my RSI started getting worse. It just wasn’t cutting it anymore. At that point, after years of toying the idea, I bit the bullet and went vertical with a Kinesis Freestyle 2. (The 20” cable between the sections is necessary if you want to go vertical.)

It took about two weeks until I could type at a reasonable enough speed to be productive. You could probably adapt faster if you can switch over full time immediately. I switched back and forth for a little while so I could actually get some work done.

The Freestyle itself is far inferior to the Advantage Pro, but I can’t use the Advantage vertically. That is the selling point. Otherwise, it’s a pretty average keyboard.

But going vertical made it all worth it. Being able to type with your hands still in a neutral handshake position is amazing and I doubt any horizontal keyboard will ever be able to compete with vertical (at least in my case). 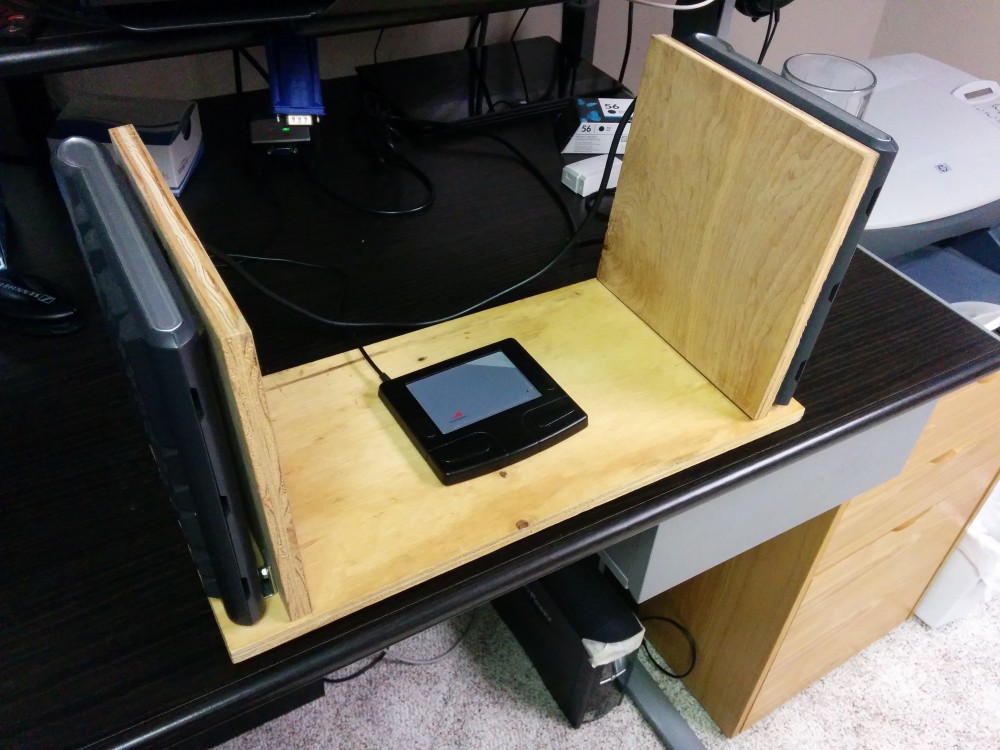 The Ascent is the vertical mount for the keyboard. It actually can be used at many different angles, but I’ve only used it at the full 90°.It is an extremely well made (and extremely over priced) adjustable steel stand that the Freestyle screws onto. But you don’t actually need it. For the first couple of years I actually used a DIY stand from some scrap wood and attached the keyboard with velcro. I’ve since relented and actually bought the Ascent (it’s much better for travel), but you don’t actually need it.

Right now, I’m in a good place and don’t feel a need to switch to anything else. There aren’t that many options for vertical keyboards and there isn’t much interesting innovation elsewhere that I have seen. I don’t expect anyone to run out and try a vertical keyboard, but don’t be afraid to try it if nothing else is working. Or if you just want to be the guy in the office who always gets odd looks and has to explain their setup.